Gardner and NewVue Communities Kick Off Liabilities to Assets Program 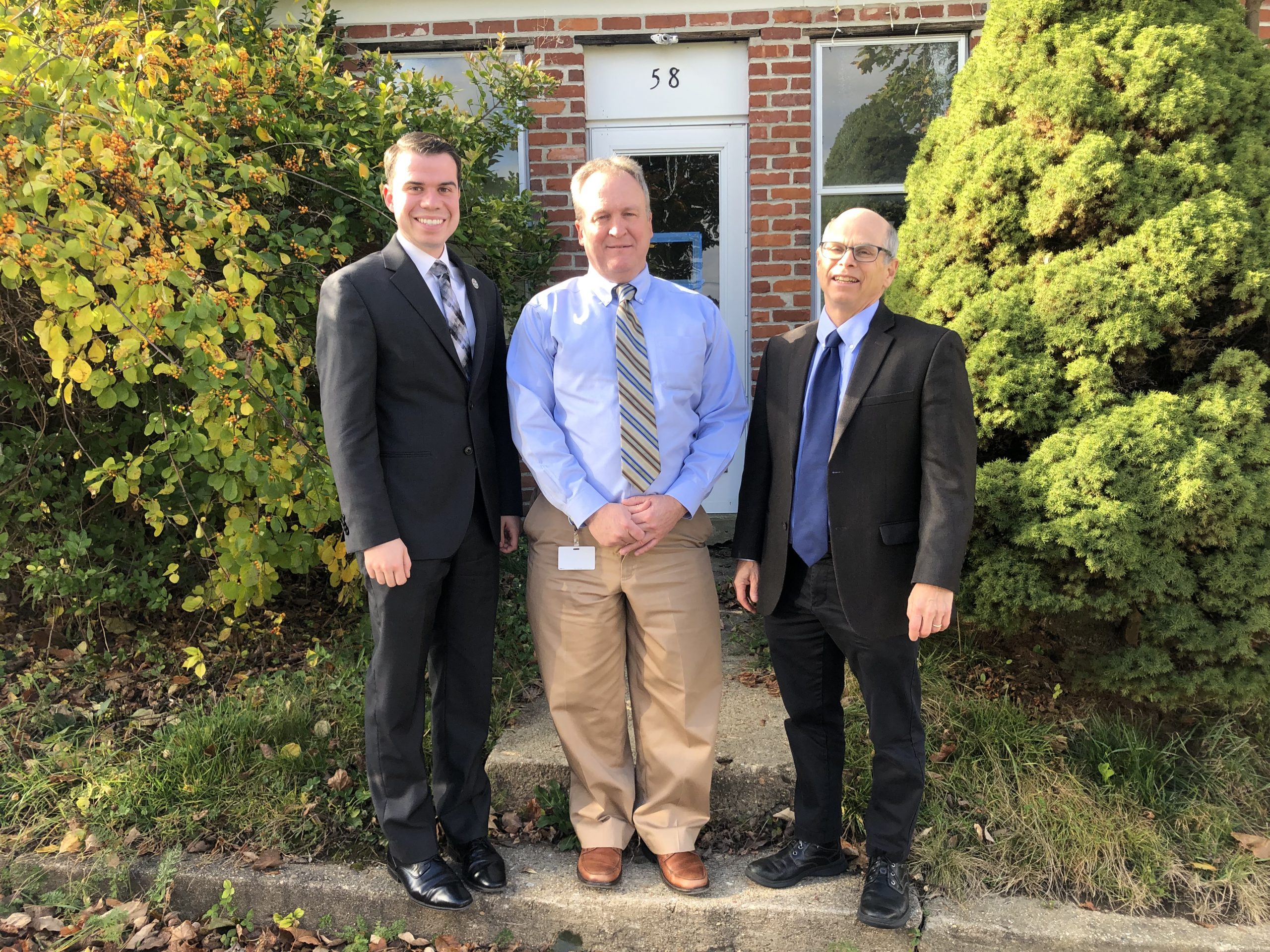 Gardner Mayor Michael Nicholson and Marc Dohan, Executive Director of NewVue Communities, kicked off the first project for the Liabilities to Assets program in Gardner at 58 Osgood Street on Thursday, October 28th.

The City of Gardner partnered with NewVue Communities to launch this program to help encourage homeownership in neighborhoods in the greater downtown area.

The Liabilities to Assets is a pilot program that the Department of Housing and Community Development (DHCD) created to help communities stabilize neighborhoods by redeveloping deteriorated properties that are considered a blight. The program supports the purchase and rehabilitation of primarily one- and two-family properties that have been vacant for at least three years at the time of development and have a negative impact on their surrounding neighborhood. The program is targeted to one- and two-family houses that can be acquired, renovated, and sold to qualified owner-occupants. Purchasers will have to agree to live in the newly renovated property for at least seven years and provide evidence that they earn no more than 110% of the area median income (according to HUD’s most recent determination) at the time of the purchase transaction.

“I am very excited to see this project launch here in the City of Gardner,” said Mayor Mike Nicholson. “By getting rid of hurdles that cause roadblocks for private sector development, we continue our goal of turning blight into promise and problems into opportunities.”

Marc Dohan, Executive Director at NewVue Communities said, ‘we are thrilled to partner with City of Gardner to rehabilitate the Osgood Street home. Liabilities to Assets is a great opportunity to make new, a home that has been causing neighborhood blight. This program will help create a fully rehabilitated, energy-efficient single-family home. Our work will preserve the character of the neighborhood while creating a modern house that a new family will be proud to call “home.”

The property at 58 Osgood Street is the first Liabilities to Assets project in Gardner. City officials worked with NewVue Communities to select this property due to the many issues that had come up that stopped private investment in the structure. The property had been vacant and abandoned for almost a decade and was showing signs of significant deterioration. The owner of the property was also unknown causing title issues that deterred developers from purchasing and renovating the property.

In order to alleviate these issues, NewVue Liabilities to Assets recently took the property through its eminent domain authority and will begin construction on the project next month. NewVue Liabilities to Assets plans to remove the structurally compromised portions of the house and fully rehabilitate the home including creating a new porch to create a modern, energy-efficient three-bedroom single-family home that will be placed on the market once renovations are completed. “Over the past year, we have invested millions of dollars into helping revitalize our downtown area,” added Mayor Nicholson. “This program helps us build off of that investment and encourage further development in the area to breathe new life into places that were viewed as dead and rundown.”

For more information on this program, contact Marc Dohan, Executive Director of NewVue Communities at mdohan@nvcomm.org, or Trevor Beauregard, Directory of Community Development and Planning at tbeauregard@gardner-ma.gov

Stay in touch with GGCC information by signing up to receive our eNewsletter.